Topic:  Angel Flight and the Community

How does someone having been diagnosed with cancer and living in Tofino with limited means find her way to Victoria for the specialized treatment that she requires at RJH? Does someone from Nanaimo whose medical condition will not permit him to take long ferry rides, but who needs treatment available only in Vancouver, have any alternative to forgoing the treatment? Jeff Morris will tell us about Angel Flight—how it was formed, is operated and has consolidated its important role here in BC. 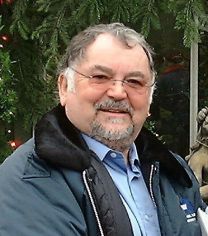 Born in England, Jeff Morris joined the RAF in 1958 at age 15. In 1964, he began flying on Westland Whirlwind helicopters and then onto the Handley Page Hastings and Lockheed Hercules transport aircraft as a Flight Engineer. In 1973, Jeff joined Court Line, a UK Charter Airline, flying the Lockheed L1011 Tristar; then worked for Cathay Pacific in Hong Kong to fly the Boeing 707, Lockheed L1011 Tristar and Boeing 747. This led to Jeff becoming a Boeing 747 Check & Training Flight Engineer in 1984 and later Chief Flight Engineer for the Boeing 747. He retired from Cathay as Chief Flight Engineer in September 1996 and moved to BC. Not wishing to leave the world of flying, Jeff Morris assisted in creating Angel Flight and is now President and CEO. For this he was awarded the Governor General’s “Caring Canadian Award” in 2009. He also served as Honorary Colonel 443 Maritime Helicopter Squadron from 2009 to 2014. Jeff and his wife Margaret, are now proud Canadians, have two children and live in Sidney.

Please click on the link below to view the webinar recording.

This is a recording of a free live webinar brought to you by the JCCV.